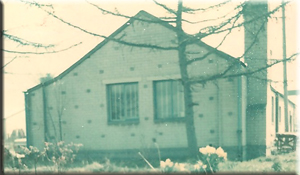 Having worked in the technical department of a large plastics company near Manchester, Glyn had the desire to return to home ground, in order to introduce Engineering Plastics and Fabrication to local companies.

Apart from Glyn, there was only Kevin Hughes, who later became foreman and is still with the company today. There were many obstacles to overcome in those early years.

One notable job from the early days was a commission of the fabrication of ventilation systems for the batteries in use with the submarines of the Egyptian Navy.

Some two years later the company re-located to a former Co-op building in Pen-y-Cae, Wrexham. The name changed to Wrexham Plastics Company, soon afterwards Kevin's brother, David joined us and we were able to produce our own products, one such product was an x-ray film processing unit for the veterinary profession.

We were also called upon to produce many interesting proto-types during the following years, along with such items as boats and racing car screens, a guard for a machine which tested Concorde's brakes, tanks for dalysis machines and much later a half sized Acrylic model of an Airbus A319 wing, which was some 8m x 2m x 0.5m in size.

Moving on some three years we moved to the former canteen building of the Courtaulds factory on the Wrexham Industrial Estate. From there a further move was made to an industrial unit on the Llay Industrial Estate in Wrexham.

We also had the pleasure of making a Chemisty Set box for Monsanto in Acrefair, Wrexham which was given to Princess Diana on her Visit to Wrexham in 1982, as a gift for the young Prince William.

Another big job we were commissioned to do was with Butlins holiday camps to help repair all their canoe's for various holiday sites around the country, this was done in our workshop and also at the holiday camps.

Major clients to many too mention, both in Wrexham and across the UK and Europe have helped us establish ourselves as one of the leaders in the plastics fabrication sector.

In 1989 we purchased a plot of land on the Llay Industrial Estate, Wrexham and built our own purpose made workshop and Warehouse facility which has remained our home to the present day.

We also became a limited company and we have retained a small and reliable work-force who can quickly and professionally respond to all our customer requirements.

Please click on the images below to see a few pictures taken throughout the years.

We have the technical staff and knowledge to help advice on new projects, or to modify or redesign older machinery, parts and guards etc.

On-site visits can be arranged for us to come and take exact measurements, help and advise on installations, and builds etc.